Nah, Just a Stop Over 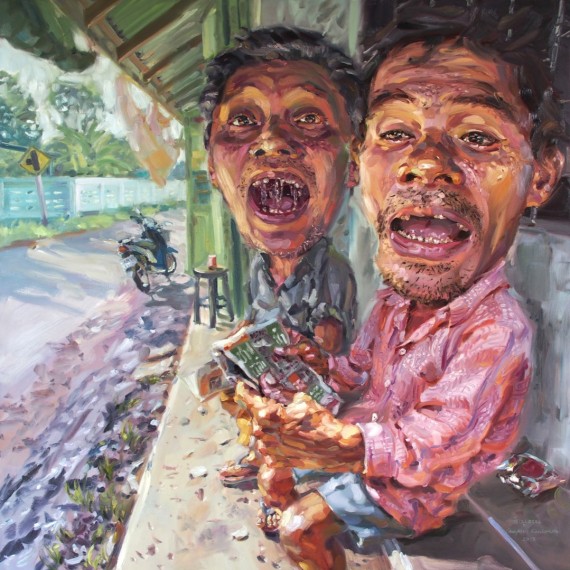 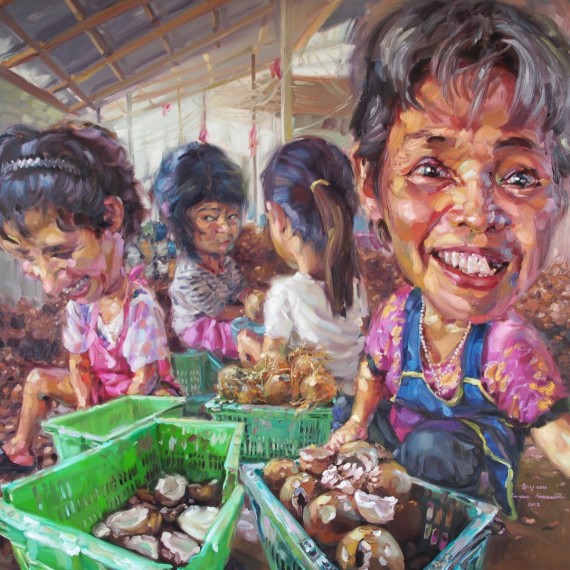 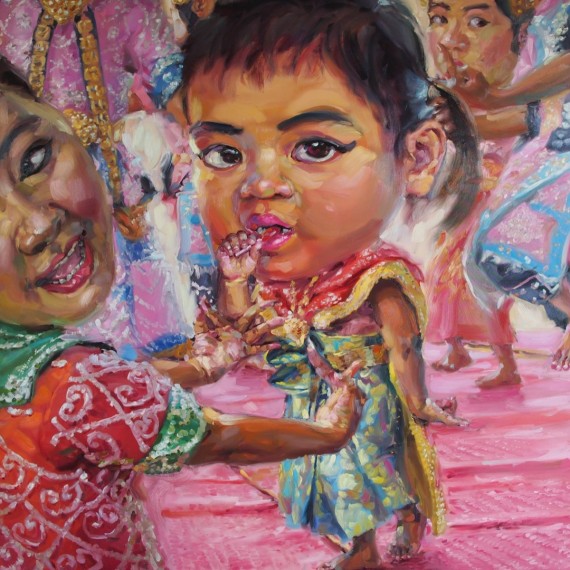 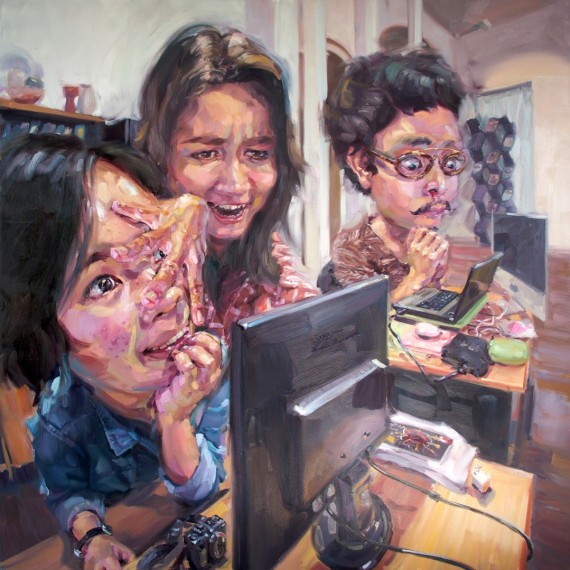 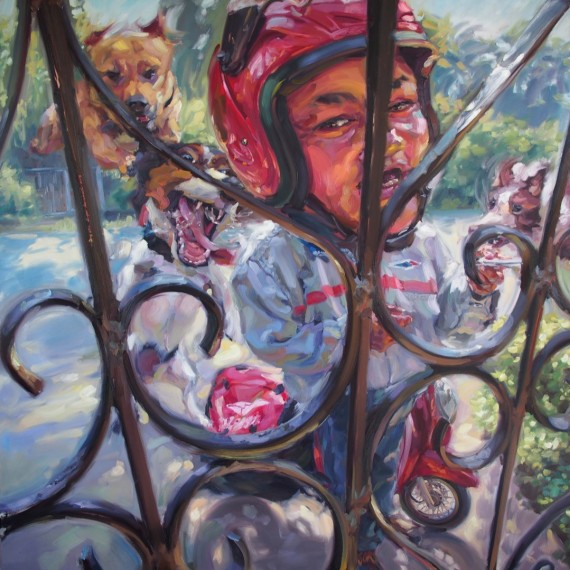 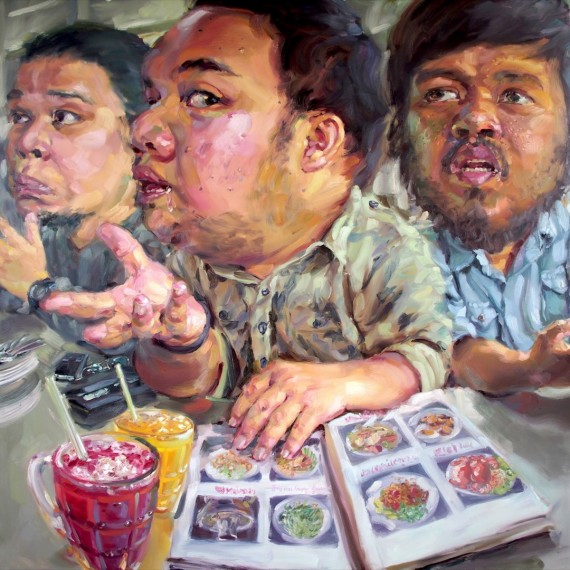 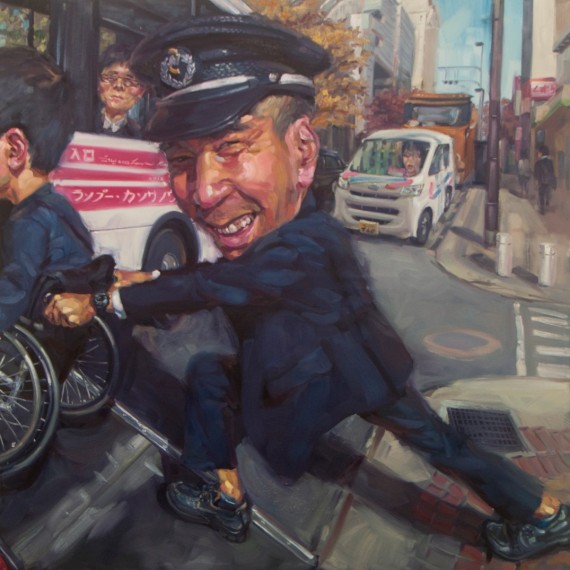 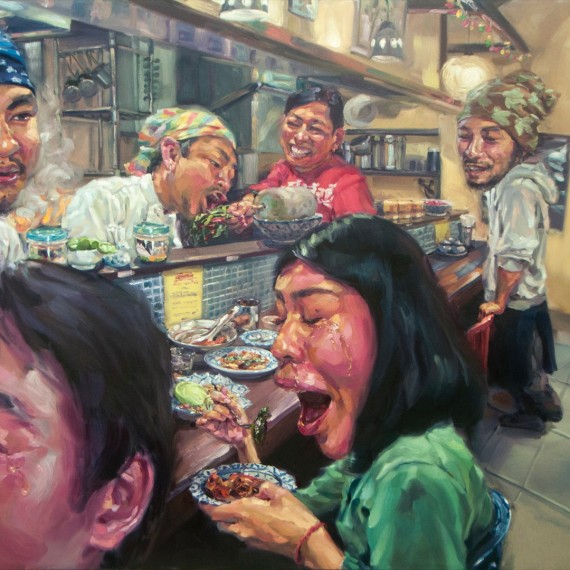 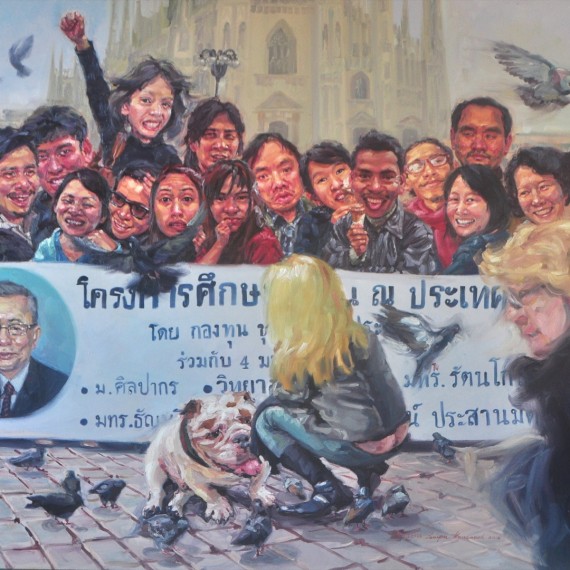 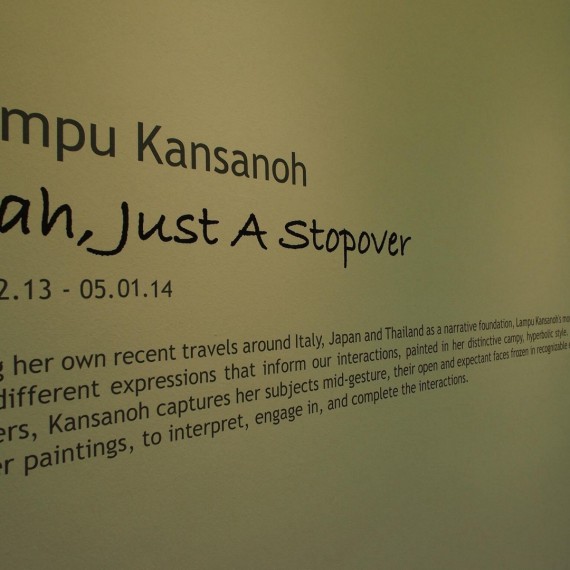 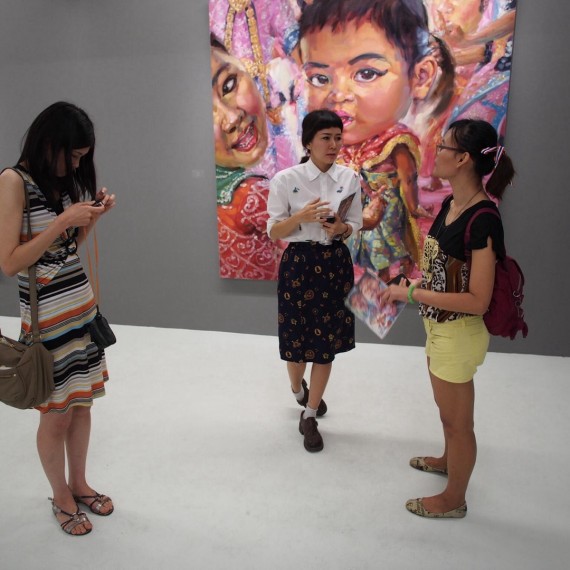 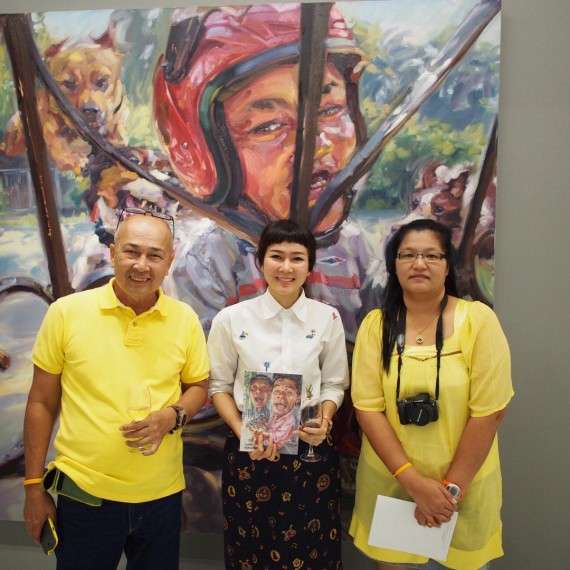 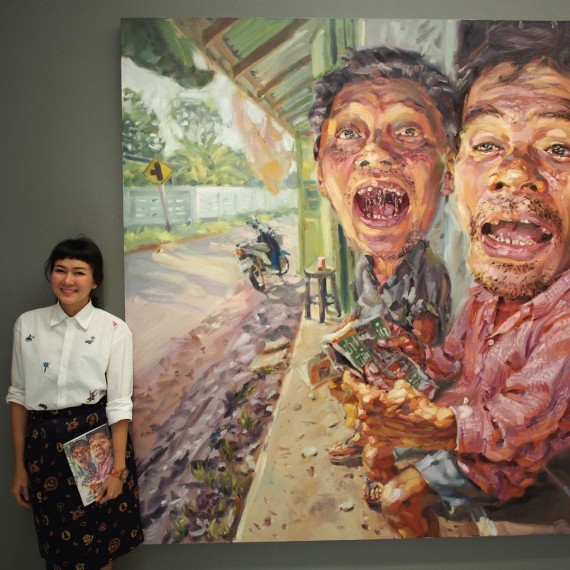 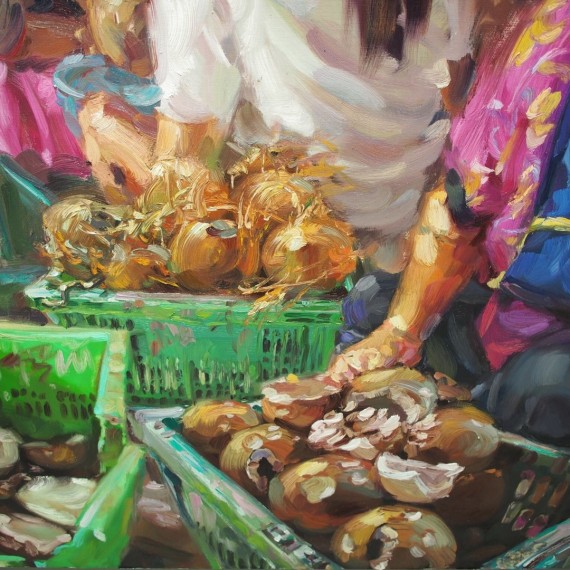 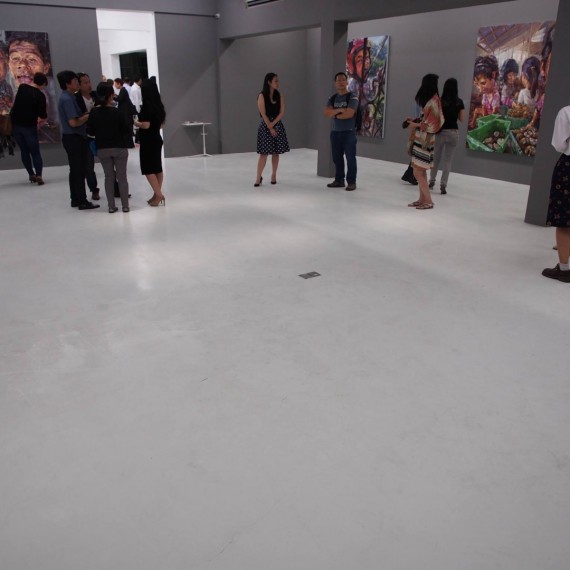 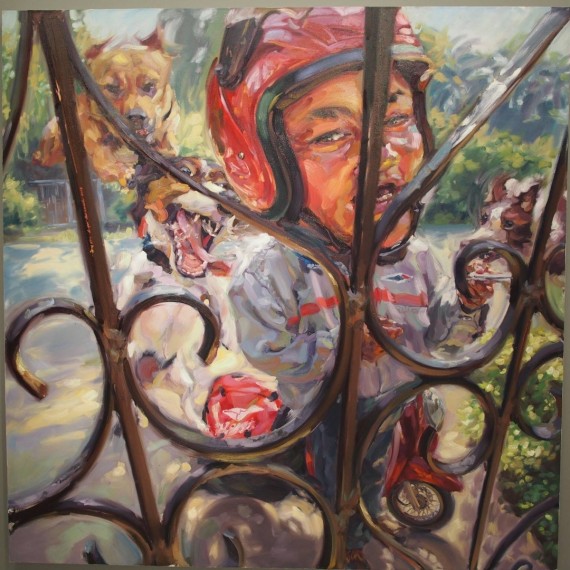 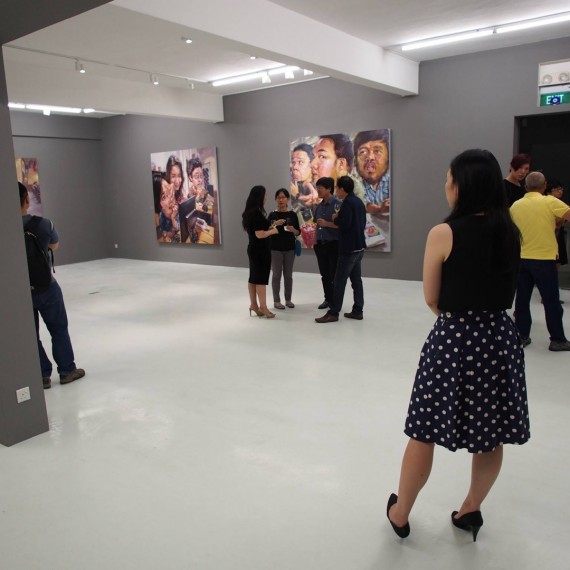 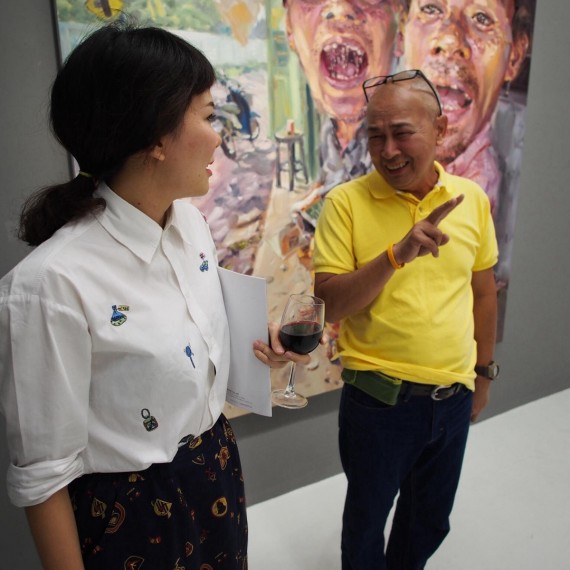 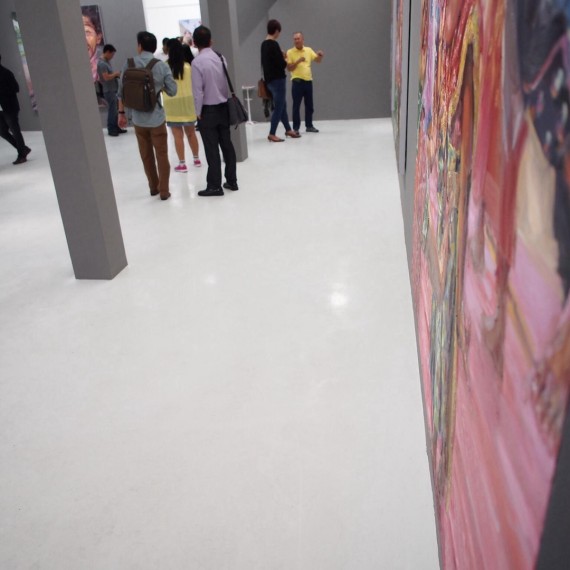 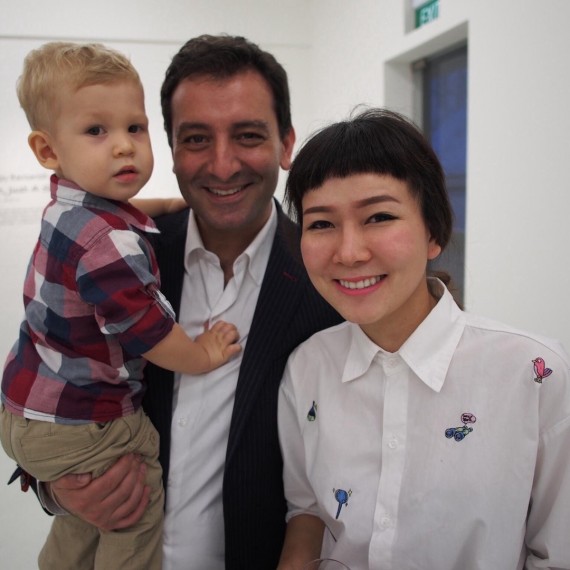 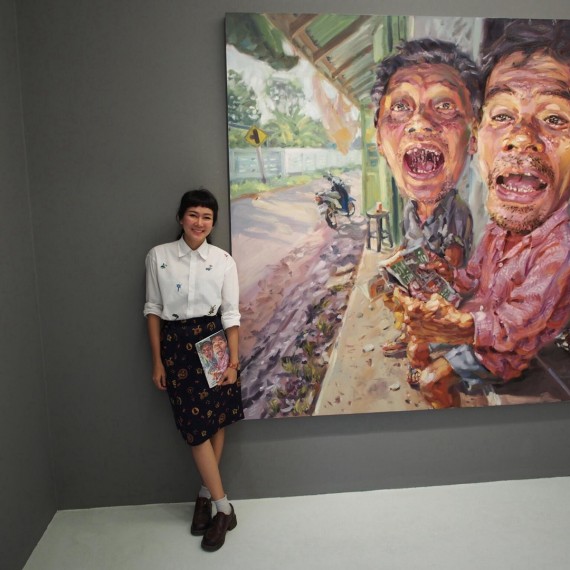 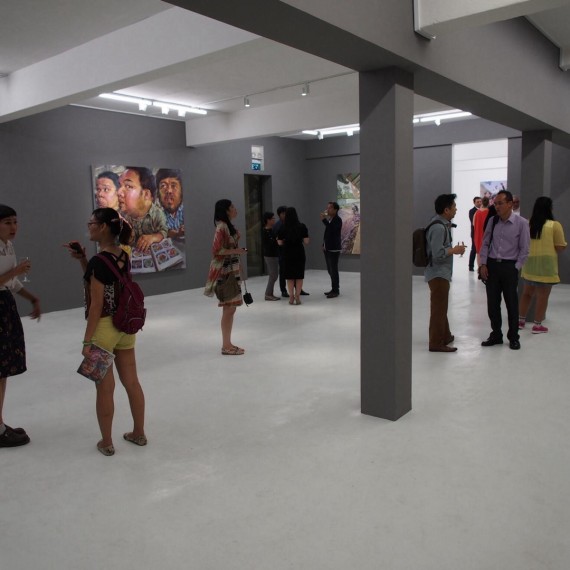 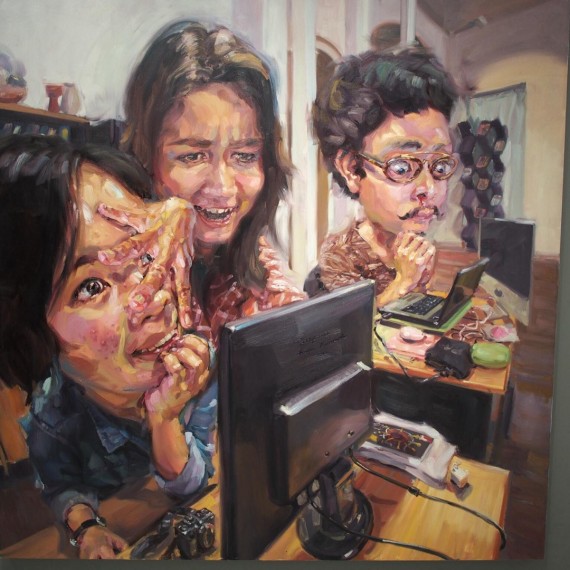 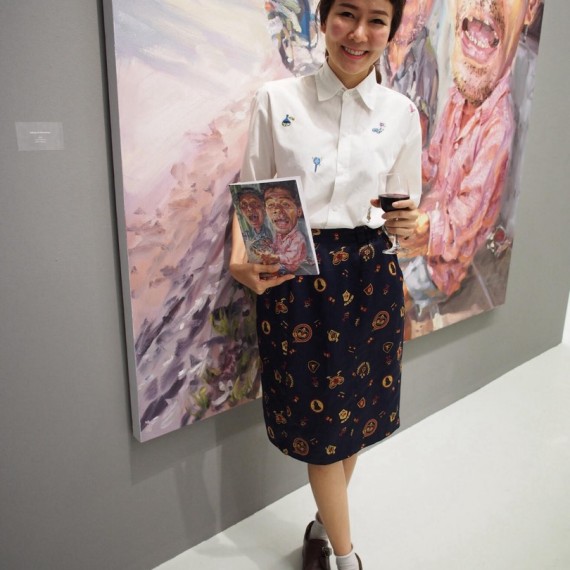 Kansanoh is widely regarded as one of the most exciting and talented Thai artists of her generation, known for her monumental vignettes of daily life. She finds inspiration in her immediate surroundings, typically depicting the lives of her family, friends, and the ordinary people she encounters as they go about their daily activities.
For Nah, Just A Stopover, the artist paints moments and memories from the short trips she took when not working: around her native Thailand; in Japan, where she completed a three-month residency at the Fukuoka Asian Art Museum; and in Italy, on vacation with her family. These new oil paintings are a log of her travels, a visual journal filled with caricaturised portraits of real people she encountered along the way, both expectedly and by chance.
Kansanoh’s distinct aesthetic brings together elements of Mannerism and Impressionism, comics and children’s cartoons, caricature and kitsch. Characteristic of her work, the two-metre tall paintings are filled with giant pink, fleshy faces, all with engorged cheeks and comically oversized features that seem to burst and bulge from the canvases. Every expression is exaggerated and every gesture is made dramatic, altogether transforming simple images of everyday mundanities into vivid scenes full of life and personality.
Brightly coloured, rich with detail, and radiating humour and warmth, Kansanoh’s vibrant tableaux celebrate the personal connections between friends and strangers, even in the most fleeting and momentary of encounters, when it’s “just a stopover”.
Lampu Kansanoh (b. 1983) studied painting at Silpakorn University in Bangkok, Thailand, where she received a Bachelor and Master of Fine Arts. She has exhibited widely in Thailand, Japan and Singapore, including the Fukuoka Asian Art Triennale (2009), and is the recipient of numerous awards and accolades, including the Young Thai Artist Award (2006). In 2012, she was invited to the highly regarded Artist in Residence programme at the Fukuoka Asian Art Museum. She currently lives and works in Bangkok, Thailand.
by: www.yavuzgallery.com/exhibitions/nah-just-a-stopover/